We were really excited about our first festival in Asia. All the little preparations looked so promising with women and girls in each restaurant, convenient shop or other establishments making their floats from banana leaves, orchids and beads. When we arrived early at the pier there they were – cute babies, young women and grannies – all in fancy costumes ready for their act on the stage tonight.

About 7 we had (unsurprisingly) pitch black darkness perfect for lanterns that from time to time took off from the pier. The noisiest music was on, a shouting woman from the other site of the pier complemented them with her bingo-like lottery and don’t forget to add lady boys’ squeaking every time they got wet from dunking into the wee pool when someone hit the target ball – here’s the festive cacophony at its best!

It’s nice to watch the lanterns, and floating your krathong must be nice too – getting rid of your problems and misfortunes… 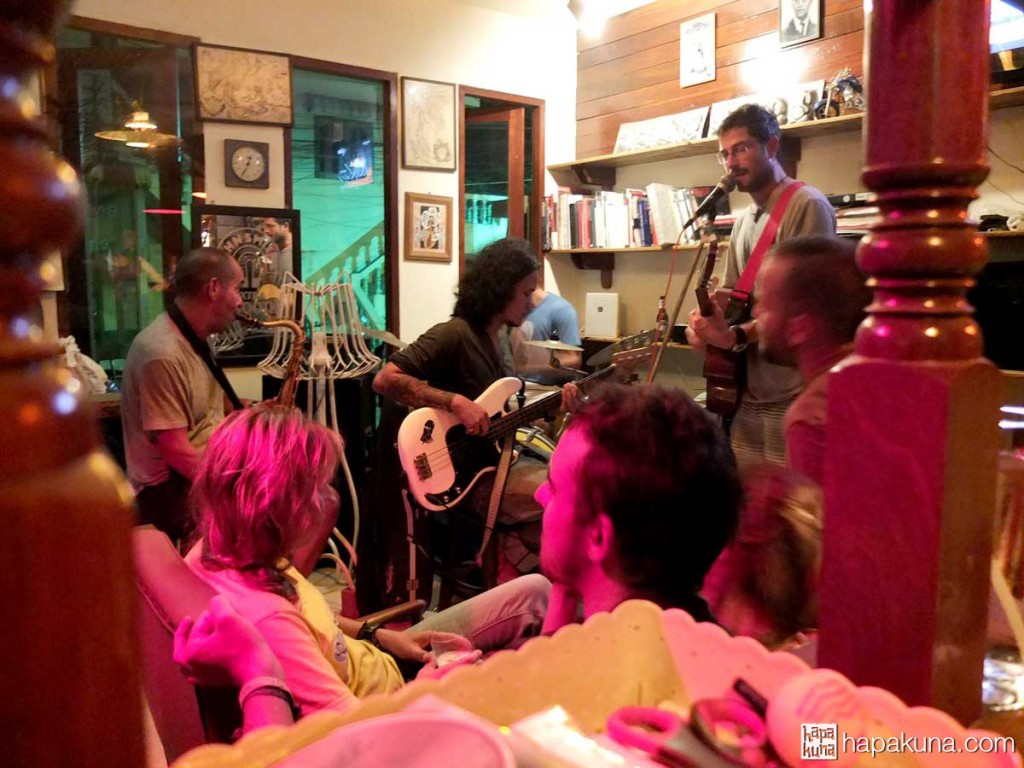 But when the kids and grannies were done dancing, after we smelled practically every stall and tried some of the (awkward) local desserts we were more than happy to take off. We headed some place empty of drunk farangs (at least when we entered the place).

There’s this amazing cafe with a rock club atmosphere in Mae Haad on Koh Tao. Most of the evenings some jam session’s going on and that night we found there live music of the best kind – songs that are classics, owner’s guitar, strong rockin’ vocal of a Scottish lad, furious & happy drums, a long cheerful solo on sax. We didn’t lighted any lantern but it was fire that night at the place!

We planned on floating our krathong yet we decided otherwise – there’s enough rubbish in the Gulf of Thailand without it and we’ll just keep our troubles at bay instead.