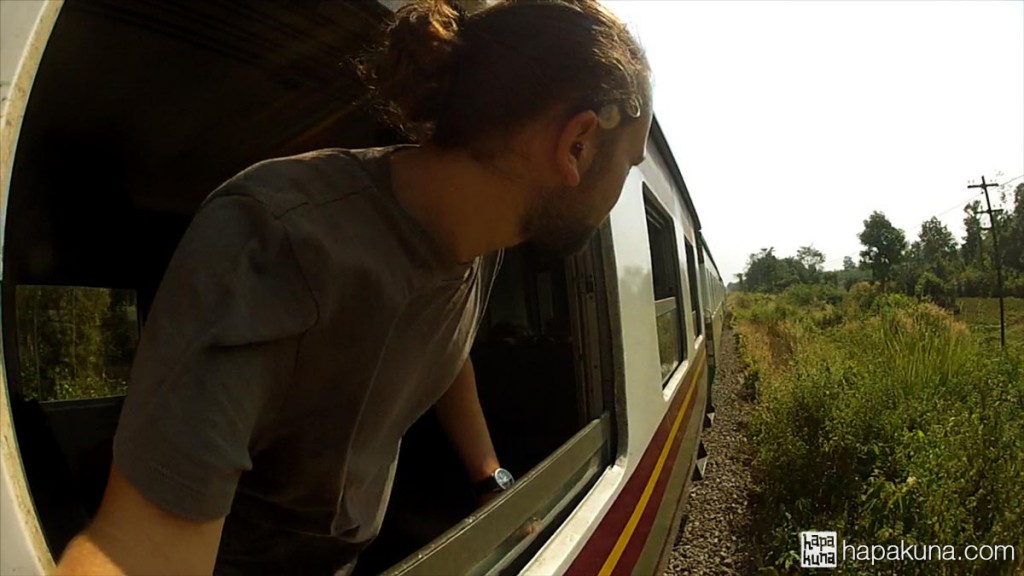 After meeting our friends in Bangkok for a couple of days, some laughs and dinners together, we headed on – to Cambodia. We figured out the cheapest and easiest way will be by train. As it departs from Hua Lampong at 5.55 am (though you’ll find 6.40 on the huge wall with departures times and destinations, just don’t mind that) to reach Aranyaprathet near border about 6 hours later. It may not be far (about 250 km) but it can sure be hot and uncomfy if you end up on the wooden bench 🙂

Still it’s interesting experience and sooo cheap – just 48 bahts (for real!). Yeah, 48 to Aranya. Then you need to get yourself to the border in Poipet, there will be a dozen of tuk tuks waiting for you at the wee station. They may ask funny money (100 baht/person at first and trying to squeeze 2 of us with backpacks into tuk tuk with another couple of travellers, hilarious when you think of it without being stressed) but can get to their senses (we paid 80 baht altogether and had the whole tuk tuk for us, hah :P)

After hearing and reading stories about Cambodian visa problems and scams, we ordered e-visa, so it was actually hassle free on the border. All paid already, tuk tuk driver took us to the Cambodian visa office but they only gave us arrival/departure form to fill in as we needen’t any visa. You can get this form after you pass Thai border, from Cambodian officer, but we were in no mood for complaining. 200 metres more and it’s where the Vogon-looking executive at Thai immigrations stamps our passports goodbye 🙂 Just 800 metres later at Cambodian border we are welcomed by humming officers, being taken pictures of and here we are – the red dirt we breathe in is now officially Cambodia.