Our second project on Hokkaido was totally different from the first one and in many ways. The moment we entered Niseko we felt like we moved out from Japan! Not just our host in Hirafu was Australian, but Aussies were everywhere!

After initial few days of chaos, we realised that if we want to be productive it’s time to act independently and prove ourselves to the host. Scott’s place with all the businesses like ski school, restaurants, renting lodges etc. is totally hectic. He can hardly keep track of all the people coming and going and this sometimes leads to a lot of stress for both host and helpers.

From the very first email when Scott invited us to join his project, we discussed his multiple websites with urgent need of re-designing, updating, and to put it straight – just making them work again. That’s what we agreed on and we were motivated to deliver. In 3 weeks, 6 hours a day, 6 days a week (or sometimes doing afterhours to have a weekend off) we worked hard on one of his websites, that is: nisekoaccommodation.com

This website hasn’t seen much of an attention for a veeery long time and due to this lost it’s main reason to be – draw in clients. We managed to simplify it, update the content, take care of SEO and… we have nearly forgotten how rewarding it is to see the effect of well done online job till the final evaluation 🙂

Of course, there’s always room for improvement but all in all, we’re happy with what we got to achieve in less than 3 weeks. When we arrived, the chaos was overwhelming and we were worried that this environment can be challenging. Well, it was at first, that is why we appreciate the outcome even more. No better way of fighting chaos than with a bit of order 🙂

Below some of the before and after screenshots. 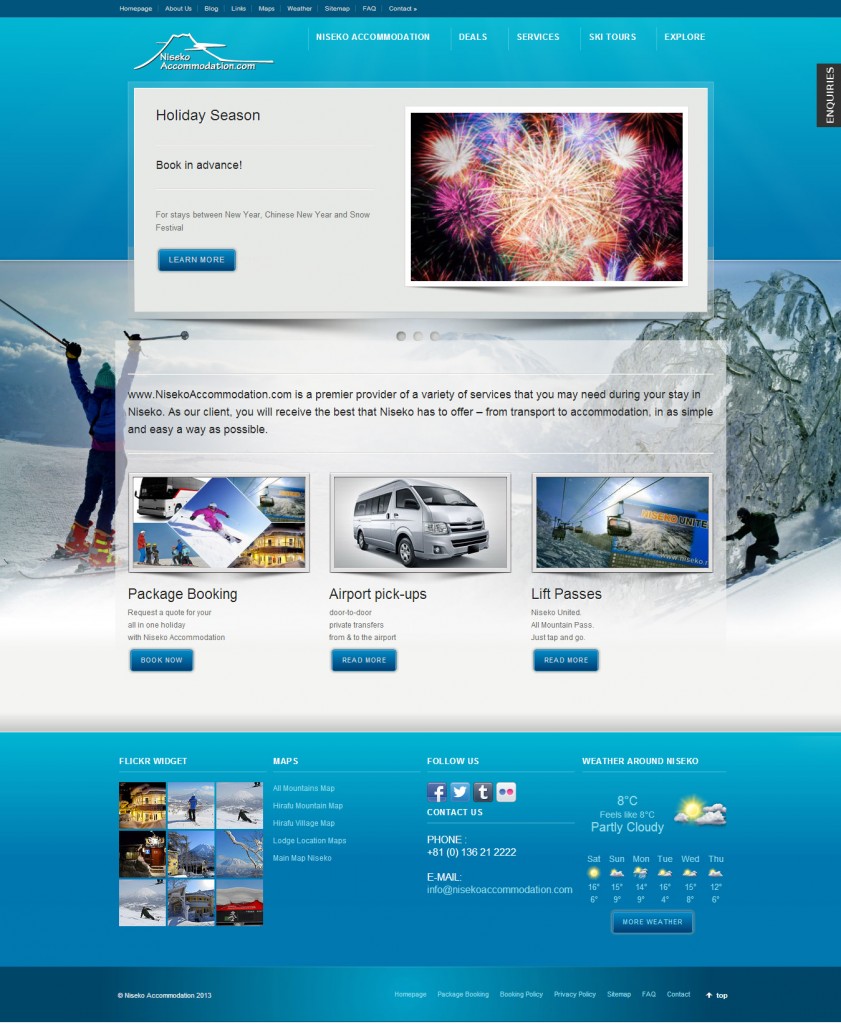 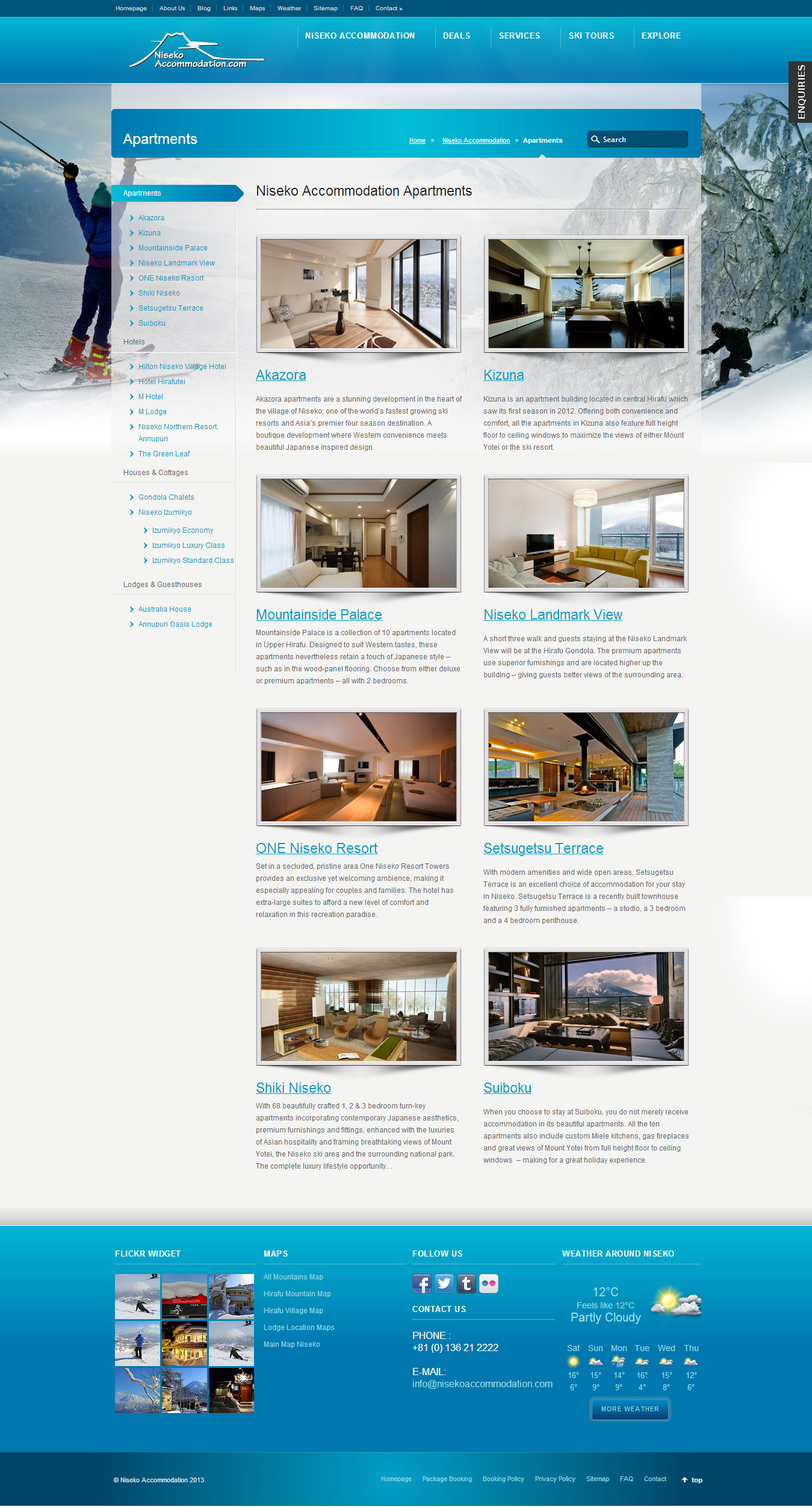 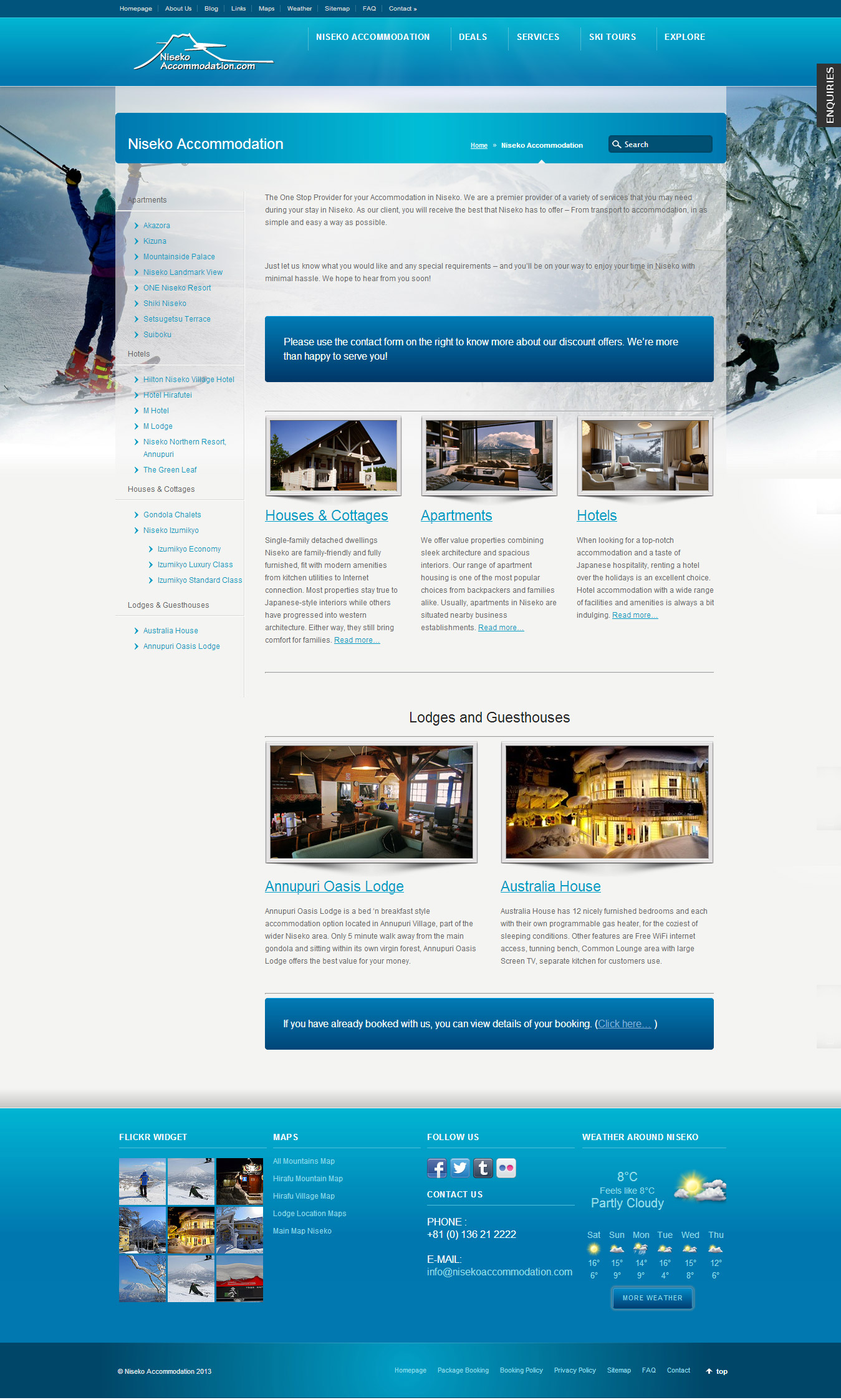